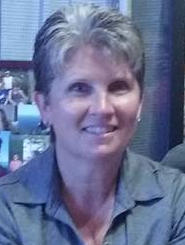 My job is to help students set and/or reach their goals.

My life philosophy is "Do the Right Thing"

I fell in love with math in 9th grade when I encountered Algebra for the first time.  I knew from that moment that I would teach algebra.

I graduated from The University of Missouri with a degree in Secondary Math Education.  Immediately after college, I taught on board a schooner for juvenile delinquents for two years and then left the boat to work at a middle school in southern Maine.  Three years later, my family and I moved to Olympia, Washington where I intended to continue to teach in the K-12 system.  A chance encounter in a park with a professor from South Puget Sound Community College altered my course and I began to teach math at SPSCC in 1992.

In 1993 I enrolled at the University of Puget Sound where I was pursuing a Master's degree in Educational Administration with plans to become a high school principal.  About halfway through that degree, as I was driving home from class I realized I was overwhemingly sad.  Upon reflection I realized it was because I would soon be leaving the classroom.  With more self reflection and advising help, I altered my course once again and worked to become eligible for a full time teaching job at a community college.  I was hired as a full time faculty member at SPSCC in 1998 and have never regretted my decision to stay in the classroom.

I will never stop trying to find new ways to serve and help students.  In 2002 I pioneered the On-line math offerings, when I felt that the correspondence classes were not serving students well.  A few years later I taught the first hybrid class offered by the math department and in 2011 I developed the Emporium math program that is still a work in progress, but has become popular among students and has a high success rate.  In 2015 I began to experiment with guided self-placement to help reduce the stress that some students feel when taking the placement test.  This year I joined the Academic IBEST which others have been working on before me, but this one is unique because math is included in the curriculum.  By becoming involved in new and innovative programs and classes, I keep my love of teaching alive and every year holds new and exciting possibilities.

Tutor and math geek from 9th grade through high school